If you are a runner or have ever competed in running you know that there are multiple different types of training workouts that lead up to a race. If you haven’t heard of the multiple types of training workouts, well you’re about to find out. You have your long runs, recovery runs, base runs, cross-training, intervals, tempo-runs, fartleks, yoga, and then you have HILLS.

Now most athletes have a workout that they just dread or push off until they absolutely have to do it. If you haven’t already guessed what mine is, well it is the D-R-E-A-D-E-D hill. Maybe it’s because hills require so much energy,  it’s a hard workout, or because my stomach hurts almost every time after I run hills. Whatever the reason may be, because I sure don’t know, I still absolutely hate hills. I actually hate hills so much that since high school I have barely ran ANY hills, which is a huge change from when I was in high school and had to do a hill workout EVERY WEEK. I know any runner who is reading this is probably thinking, “well that’s stupid.” Trust me I know. However, I found this out the hard way when I only did two hill workouts in my entire half marathon training. Why I did this, well like I said earlier because I hate hills and because previously to my first half I was running simply for the love of running! Although, the other reason being I thought, for some odd reason, that my first half marathon was going to be a pretty flat course due to the elevation status I saw on the course map. However, I did neglect the fact that my first half marathon was in Seattle, Wa. If you have ever been to Seattle you know it is a gorgeous and busy city, but it is also a city known for it’s hills. Like major hills. So why I thought there wasn’t going to be a lot of hills is past me, because I was DEAD WRONG! Hills on hills on hills.

Now going into training for my next half I was thinking of just adding a few more hill workouts and incorporating runs with more hills in the run itself. This is of course until I came across an article about a woman who had similar thoughts on hills. However, this woman decided instead of steering away from hills she made hills a normal part of her running routine and she saw amazing results! She saw results not only in her strength, but also in her times! Now I simply cannot find the article I read about this woman’s journey with hills, but I have found a ton of research to back up what she had realized through simply adding hills into her normal running routine. You can check them out here: Building strength and speed and Hill Repeats

So what does this all mean? Well, as a science teacher I can’t just believe everything I read and expect it to work (simply not in my nature) so I’m actually going to incorporate my least favorite workout into my weekly running routine. Now, I’m not going to say I’m looking forward to running hills every week, but I can say I am looking forward to the outcome whatever it is. Stay tuned to see how my hill journey is going!

Do you have a workout that you absolutely hate? How do you overcome it?

One thought on “Conquering Hills” 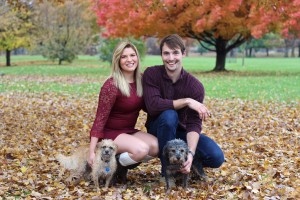 I’m a wife, teacher, and dog mom who loves to lace up her running shoes to put in some miles then enjoy a hard earned glass of wine.